Equity Glossary — United Way Salt Lake
Does your family need assistance? 2-1-1 is here to help. Click here to contact us.

Because shared definitions matter, we created this glossary of frequently used terms.

A population served by the organization.

(Source: Equity in the Center, “Awake to Woke to Work: Building a Race Equity Culture”, page 12.)

When thinking about UWSL’s work, community members are those who are in our networks and partnership schools and are most impacted by the decisions we make. These are the community members who should be engaged in our work, and ultimately sharing leadership in the work we do.

Compensating community members for their participation in partnership activities is part of our commitment to engaging community voices and recognizing the value those with lived experience add to the work. Community members rarely receive adequate compensation and recognition for their time, expertise, and contributions, even though they are the only ones with lived experience on the subjects being discussed; community compensation addresses that inequity.

Diversity means having people with a variety of racial, ethnic, socioeconomic, and cultural backgrounds and various lifestyles, experiences, interests, and points of view represented. Diversity includes all the ways in which people differ, and it encompasses all the different characteristics that make one individual or group different from another. It is all-inclusive and recognizes everyone and every group as part of the diversity that should be valued. A broad definition includes not only race, ethnicity, and gender—the groups that most often come to mind when the term "diversity" is used—but also age, national origin, religion, disability, sexual orientation, socioeconomic status, education, marital status, native language, and physical appearance. It also involves different ideas, perspectives, and values.

It is important to note that many activists and thinkers critique diversity alone as a strategy. For instance, Baltimore Racial Justice Action states: “Diversity is silent on the subject of equity. In an anti-oppression context, therefore, the issue is not diversity, but rather equity. Often when people talk about diversity, they are thinking only of the “non-dominant” groups.”

The guarantee of fair treatment, access, opportunity, and advancement while at the same time striving to identify and eliminate barriers that have prevented the full participation of some groups. The principle of equity acknowledges that there are historically underserved and underrepresented populations and that fairness regarding these unbalanced conditions is needed to assist equality in the provision of effective opportunities to all groups.

(Source: Equity in the Center, “Awake to Woke to Work: Building a Race Equity Culture”, Appendix B, page 24.)

At UWSL, based on what we know today, we believe equity will exist when three things are true.

• There is no variation in outcomes at a population level based on race or ethnicity. A white person is just as likely as a BIPOC to achieve in school and in life.

• Power is shared with those most impacted by current systems.

In the context of societal systems, equality and equity refer to similar but slightly different concepts. Equality generally refers to equal opportunity and the same levels of support for all segments of society. Equity goes a step further and refers to offering varying levels of support depending on need to achieve greater fairness of outcomes.

Exposing [one’s] multiple identities can help clarify the ways in which a person can simultaneously experience privilege and oppression. For example, a Black woman in America does not experience gender inequalities in exactly the same way as a white woman, nor racial oppression identical to that experienced by a Black man. Each race and gender intersection produces a qualitatively distinct life.

Per Kimberlé Williams Crenshaw: Intersectionality is simply a prism to see the interactive effects of various forms of discrimination and disempowerment. It looks at the way that racism, many times, interacts with patriarchy, heterosexism, classism, xenophobia — seeing that the overlapping vulnerabilities created by these systems create specific kinds of challenges. “Intersectionality 102,” then, is to say that these distinct problems create challenges for movements that are only organized around these problems as separate and individual. So, when racial justice doesn’t have a critique of patriarchy and homophobia, the particular way that racism is experienced and exacerbated by heterosexism, classism etc., falls outside of our political organizing. It means that significant numbers of people in our communities aren’t being served by social justice frames because they don’t address the particular ways that they’re experiencing discrimination.

Authentically bringing traditionally excluded individuals and/or groups into processes, activities, and decision/policy-making in a way that shares power.

An inclusive recovery occurs when a place overcomes economic distress in a way that provides the opportunity for all residents – especially historically excluded populations – to benefit from and contribute to economic prosperity.

(Source: The Urban Institute, “Inclusive Recovery in US Cities,” page 7.)

The everyday verbal, nonverbal, and environmental slights, snubs, or insults, whether intentional or unintentional, which communicate hostile, derogatory, or negative messages to target persons based solely upon their marginalized group membership. See examples in this University of Minnesota School of Public Health Resource.

The term opportunity gap seeks to address how factors like race, English proficiency, economic stability, and health can contribute to inequitable outcomes for groups of students. It’s important to recognize that “opportunity gap” differs from “achievement gap” by naming inequitable resources and opportunities as the root problem rather than unequal results.

Systemic devaluing, undermining, marginalizing, and disadvantaging of certain social identities; when some people are denied opportunities to create something of value, while others have ready access.

The idea that the human species is divided into distinct groups on the basis of inherited physical differences.

Genetic studies in the late 20th century refuted the existence of biogenetically distinct races, and scholars now argue that “races” are cultural interventions reflecting specific attitudes and beliefs that were imposed on different populations in the wake of western European conquests beginning in the 15th century.

The idea of race as a socially constructed way of grouping people is important because of the way that “the ideology of race has become embedded in our identities, institutions, and culture... as the basis for discrimination and domination.”

Racial equity is the condition that would be achieved if one's racial identity no longer predicted, in a statistical sense, how one fares. This includes the elimination of policies, practices, attitudes, and cultural messages that reinforce differential outcomes by race or that fail to eliminate them.

Opinions, practices, and social structures that provide or deny access, safety, resources, and power based on race… Its complexity and structural nature have allowed racism to recreate itself generation after generation, such that systems that perpetuate racial inequity no longer need… to explicitly promote racial differences in opportunities, outcomes, and consequences to maintain those differences. It is a form of oppression based on race exercised by the dominant racial group over non-dominant racial groups.

• Interpersonal Racism - occurs between individuals when we bring our private beliefs into our interaction with others.

• Institutional Racism - discriminatory treatment, unfair policies and practices, inequitable opportunities and impacts within organizations and institutions, based on race.

This glossary is a work in progress. Shared language is a powerful tool for working together for racial equity. We will be updating this glossary as we continue to work together and learn. If you have ideas on additional terms we should define, please share your insights in this form

Thank You For Reading Our Glossary

Learn more about our racial equity work using the links below. 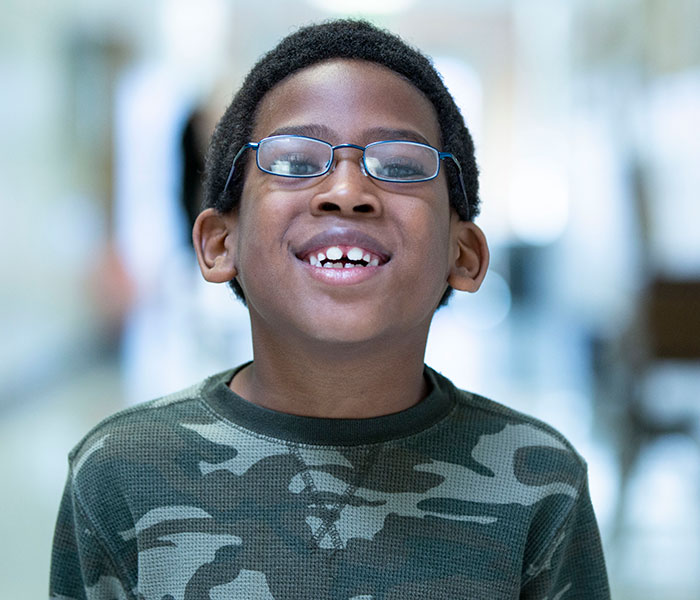 Thank you for your willingness to help us build out the United Way of Salt Lake Equity Glossary and Equity Resource List. Your help is invaluable. Submissions will be reviewed by our staff. We may not publish every term suggested, but we are grateful for your suggestion.