"Education is the most powerful weapon..." — United Way Salt Lake
Does your family need assistance? 2-1-1 is here to help. Click here to contact us.

"Education is the most powerful weapon…" 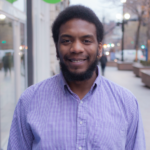 Education is a crucial part of the development of individuals in a civil society. Especially for youth, education has the capability to teach, inspire, and socialize individuals to understand what it means to be a citizen of the community in which you reside. Nelson Mandela once said to a group of individuals at the University of Witwatersrand Johannesburg South Africa, “Education is the most powerful weapon which you can use to change the world.” Although, a majority of Americans believe that education has the ability to transform individuals in a society, thus changing the communities in which that individual resides, other contributing factors have prevented some communities from accessing the same level of education. These contributing factors include, but are not limited to: socioeconomic status, access to resources, political barriers, and cultural divides. As a result, unintentional school segregation impacts many schools within the United States.

As a nation, we recently celebrated the birth of one of the most prominent civil rights leaders in this nation’s history. Martin Luther King Jr. had championed the idea that segregation based on race and class ultimately leads to the destruction of society by undermining the fabric in which the United States was founded. If “all men are created equal” then it should be clear that everyone has the opportunity to access education. As a nation, we felt that we had accomplished our goal of ending discrimination in education in the landmark court case of Brown v. Board of Education of Topeka, in 1954.

The fundamental question the court was attempting to answer was “Does segregation of children in public schools solely on the basis of race, even though physical facilities and other ‘tangible’ factors may be equal, deprive the children of the minority group of equal educational opportunities?” The court decided in a 9-0 decision “to separate them [children in grade and high schools] from others of similar age and qualifications solely because their race generates a feeling of inferiority as to their status in the community that may affect their hearts and minds in a way unlikely to ever be undone.” On November 14, 1960 Ruby Bridges began to fulfill our nation’s commitment towards equality by being one of the first individuals to integrate an all-white elementary school in New Orleans. 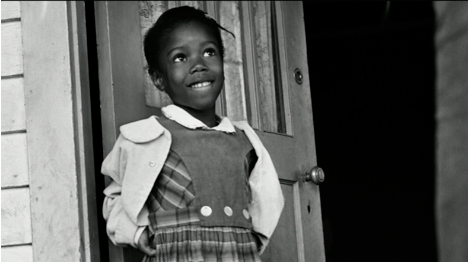 Sixty years after the Brown decision was decided, one would imagine that society has addressed the topic of school segregation in a meaningful way that would be beneficial for all students. However, according to the Government Accountability Office K-12 public schools, percentages of poor and black or Hispanic students grew from 9 to 16 percent. The report went on to state that “While much has changed in public education in the decades following this landmark decision [Brown vs. Board of Education Topeka] and subsequent legislative action, research has shown that some of the most vexing issues affecting children and their access to educational excellence and opportunity are inextricably linked to race and poverty.”

As one starts to deconstruct the obstacles community schools face, school segregation should be one of the factors we include when approaching problems in education. A majority of community schools that United Way of Salt Lake City partners with are schools where a high number of students receive free or reduced lunch, a proxy for measuring the number of poor students in a school.

Additionally, a majority of students in community schools are affected by intergenerational poverty. For example, 40.1% of individuals in South Salt Lake City live in a household with an income that is less than $35,000. Some of the lowest performing schools in the state of Utah are predominately made up of students of color where families are living near or below the poverty line. 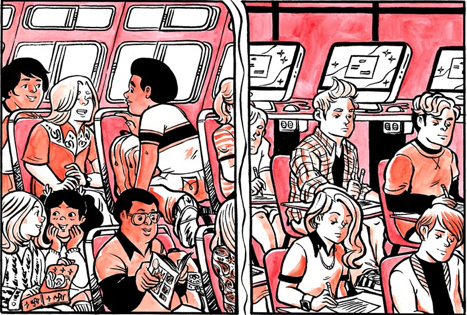 For example, one way to overcome segregation in public schools is to introduce children at a young age to successful individuals who are culturally similar. Many elementary schools in Granite School District have the opportunity to be mentored by students in the Latinos in Action Program. Programs like Latinos in Action attempt to provide teens with the opportunity to be leaders in their community, which can impact the life of a high school student, as well as the children they interact with.

Programs like Latinos in Action allow young children to interact with high school students who act as mentors and peer tutors. Lincoln Elementary currently participates in the Latinos in Action tutoring program, partnering with Cottonwood High School. Many of the students who tutor in our elementary had attended the school at one point in their life. As a result, students at Lincoln Elementary looks to peer tutors as community leaders. 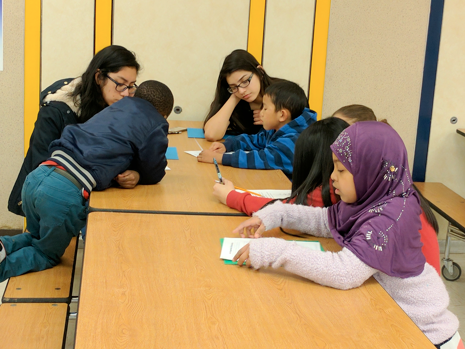 Portland State University conducted a study testing the impact of peer mentoring and have concluded that mentoring supports students being mentored by:

Class and access to resources are symptomatic contributors to school segregation. It seems that one method to end school segregation is to attempt to solve some of the problems surrounding class and access to resources. I have been in my role as a Community School Director for five months and it has become apparent that there is not one simple issue that prevents individuals from upward mobility, this means there are multiple solutions. My approach to my work is to focus on the immediate causes that prevent individuals from upward mobility and access to education. I also believe that we should highlight the other causes of poverty that create larger barriers.

Dr. Martin Luther King Jr. once said, “The function of education is to teach one to think intensively and to think critically. Intelligence plus character- that is the goal of true education.” In order to teach individuals to think critically, we need to encourage individuals to interact with people who are different than ourselves — while also highlighting leaders. Many civil rights leaders built the foundation towards ending school segregation, but now the baton has been passed to this generation.

I believe we are in good hands.