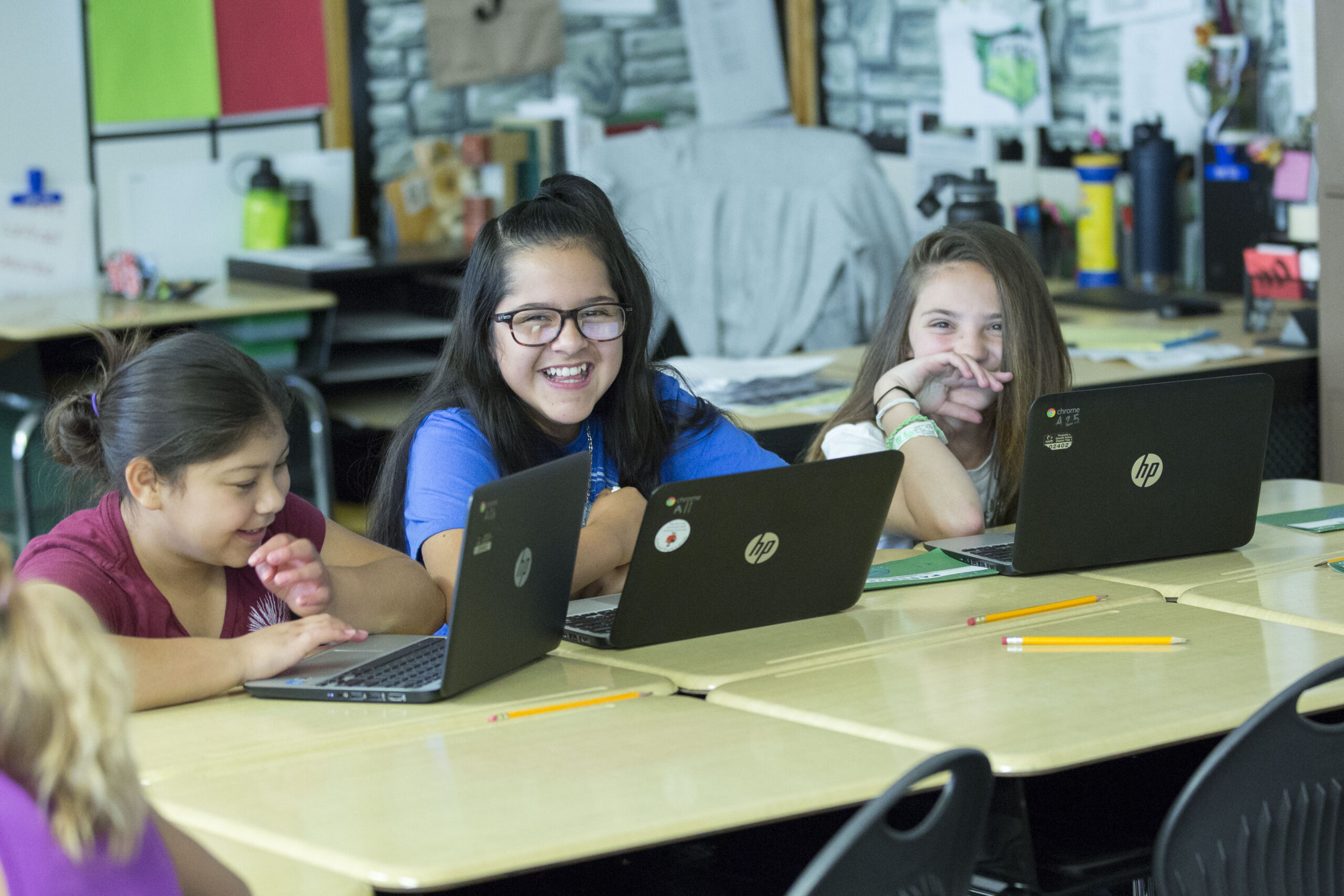 Linda sat alone at a desk in the front row of a South Kearns Elementary classroom, her rounded rectangular glasses reflecting her laptop screen that displayed the latest project for her storytelling through coding class.

The rising sixth grader was coding a short story where a cat narrated the actions of a dinosaur who breathes fire and dances across the screen. She asked her mom to drop her off at the new STEM summer program early so she could get a head start on her work that day.

“I’m seeing so much drive from these kids that’s purely coming from their desire to learn and know these skills,” said course instructor Zachary James, who was sitting at his desk while Linda intently focused on her project.

The summer program is the first of its kind at South Kearns Elementary, made possible through a grant the school received in fall 2017. It’s one piece of a larger plan for the elementary school and its feeder junior high, Kearns Jr., to provide more science, technology, engineering and math opportunities for its students and STEM training for teachers.

The summer program consisted of three three-week sessions with classes focused on storytelling through coding, video game design, and coding for robotics. The program is aimed at fourth, fifth, and sixth graders and, in its first year, signed up more than a third of students in those grades — the vast majority of them girls.

The students and families at South Kearns Elementary aren’t accustomed to such extensive technology and coding exposure. As a Title I school entering its second year of turnaround, South Kearns must focus its attention during the school year on meeting core academic standards and doesn’t have much funding for such extracurriculars.

The nearly $190,000 grant — distributed over the course of three years — not only served as an introduction to computer science and coding for students, but also provided them with a glimpse into what their future could hold. The tech industry in Utah has rapidly grown in recent years, and Principal Debbie Koji hopes giving her students an early start will make them well positioned for such lucrative careers.

“I wanted them to have exposure to career opportunities that they maybe hadn’t thought about before,” Koji said. “Many of their parents are service workers or work in manual labor professions. Even though these kids are in elementary school, I want to help them see ‘yes, you can do other things and do what you enjoy.’”

Although students caught onto the coding classes quickly, James said the first few days were a bit of a struggle. Some students got so frustrated with the programs they broke down in tears.

But seeing the intricate and detailed stories they could create with the programs helped them push through, James said. Ultimately, he added, a little frustration will allow his students to learn what he believes to be necessary skill for their futures.

For Linda, the thought of doing even more coding, math, and science work in the future makes her excited.

“At first, I didn’t think this was something I could do,” she said. “But I love doing it!”

Kelly Schmidt is the content manager at United Way of Salt Lake and was previously a newspaper journalist. To reach her, email kelly@uw.org or follow her on Twitter at @kelgiffo.