Peter Moes — United Way Salt Lake
Does your family need assistance? 2-1-1 is here to help. Click here to contact us. 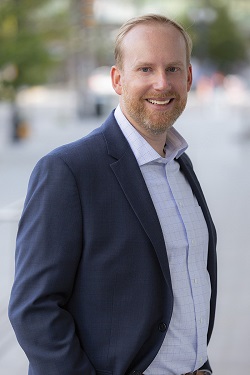 Peter Moes joined United Way of Salt Lake in June of 2020 as our Chief Development Officer. Overseeing the Resource Development team, Peter is focused on cultivating meaningful relationships with individuals and corporations and connecting them with UWSL to support the work being done to positively impact our community.

Peter brings over a dozen years of fundraising experience to UWSL. His background includes working with clients across the country as a fundraising consultant and, most recently, serving as the Director of Annual Giving for the University of Utah. While there he oversaw all aspects of university-wide annual giving efforts, including the University’s President’s Club, which recognizes leadership-level annual giving donors. Peter also held the role of Interim Director of Donor Relations and Communications while at the University of Utah.