Doing 'Whatever It Takes' for Every Child Comes Full Circle — United Way Salt Lake
Does your family need assistance? 2-1-1 is here to help. Click here to contact us.

Doing ‘Whatever It Takes’ for Every Child Comes Full Circle

By Bill Crim: Since its earliest days, the work of United Way of Salt Lake’s (UWSL) Promise Partnerships has been guided by the phrase, “trying hard is not good enough.” Also the title of a book by Mark Friedman about how to design and measure social change efforts, this phrase became our mantra for building an infrastructure that could “promise” opportunity for every child.

Our early efforts were filled with trial and error, and sadly, we were surrounded by an array of expert voices that told us we shouldn’t expect to see big changes from our work. One expert dismissed our vision to improve education outcomes for an entire zip code as “impossible.” It seemed as though the size and complexity of society’s challenges had caused everyone to set their sights on something far short of equity and opportunity for every child.

Fortunately, there were other voices, perhaps none more compelling than Geoffrey Canada’s. We knew of his work — the Harlem Children’s Zone (HCZ) — from another book, “Whatever it Takes,” written by Paul Tough. Geoffrey Canada’s personal sense of accountability for every child and “whatever it takes” urgency in creating the HCZ model — a block by block approach to overcoming poverty — inspired us to believe in what was possible. It also helped us imagine and embrace an entirely different purpose for United Way of Salt Lake.

Our commitment to this work, and the fact that it was being replicated around the country through the federal Promise Neighborhoods Program, gave a team of us from Utah the chance to visit the Harlem Children’s Zone and meet Geoffrey Canada in 2012. Our experience was transformative. Every aspect of HCZ, from Baby College to the Center for Higher Education and Career Support, is a model program. It was clear that whenever they experienced a challenge, they would figure out a way to overcome it. Everything about the visit was impressive, but what changed us more than anything else was the feeling of accountability and commitment to every child. And the feeling of hope and possibility that comes from that commitment. We left believing that what we had started in Utah could be as transformative. 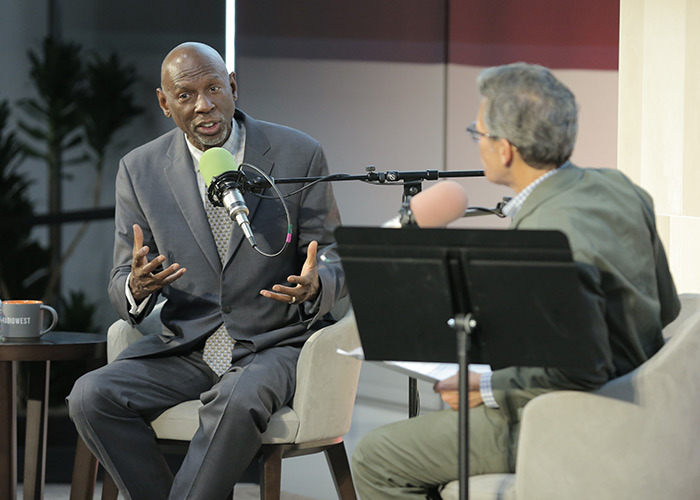 I was able to spend time with the Mayor of South Salt Lake, the principal of Granite Park Jr. High School, and some of the United Way of Salt Lake team that brings this partnership together. It was powerful to see the vision of the Harlem Children’s Zone replicated here in Utah. I’ve visited excellent cradle to career programs around the United States and what I saw in Salt Lake is as good, or better, than anything I’ve seen. In so many ways the Promise Partnership represents some of the best work in the country.

We have much more work to do as a country to deliver on the promise of opportunity for every child. The Harlem Children’s Zone and Promise Partnership of Salt Lake are showing what is possible when we set our sights on the right goals and work together to achieve them.

If you missed Geoffrey Canada of the Harlem Children’s Zone at this year’s Speaker Series, check out RadioWest’s podcast:

By Bill Crim, CEO of United Way of Salt Lake