How Utah 2-1-1 Helps During a Crisis — United Way Salt Lake
Does your family need assistance? 2-1-1 is here to help. Click here to contact us. 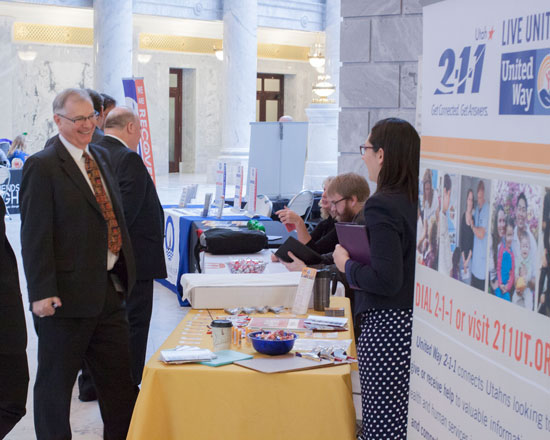 How Utah 211 Goes The Extra Mile In Times Of Crisis

Day in and day out, Utah 211 take calls from people across the state, connecting them to resources and services to help in times of difficulty.

But when Hurricane Florence wrecked havoc on the east coast last year, Utah 211 came to the aid of call centers in South Carolina to help manage the increased call volume from survivors of the hurricane.

Utah 211 took more than 340 calls from South Carolina residents following Hurricane Florence, and spent about 190 staffing hours making preparations, connecting callers, and coordinating efforts surrounding the hurricane, according to call records from 211. Staffers that don’t normally take calls pitched in to help keep the pace for in-state callers and for those dealing with the hurricane’s aftermath. 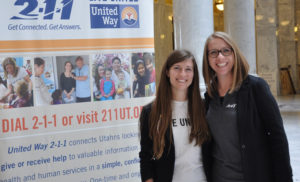 “The most important thing in disaster response is you have the be the quiet, the calm in the storm,” said Chiara Cameron-Wood, managing director of Utah 211. “There were times when I didn’t have anything for them, and it was hard to say and listen to situations people are facing and not be able to direct them to what they needed. But being there was enough, and was important.”

Local staff worked with with South Carolina call centers, United Way Worldwide and other Utah call centers to figure out how best to coordinate calls both in and out of state, said Sandra Carpio, Utah 2-1-1’s Director of Operations.

There were many challenges staffers faced while taking calls about the Hurricane Florence aftermath. While there were many calls about what to do if someone’s house had been destroyed or where to seek support after the evacuation, other calls focused on supports that were in place for those who were lucky enough to still have a home standing.

Calls about income, mortgage, and rent support flooded the lines, as many people spent their money trying to board up their homes or on hotels to stay safe, Carpio said. There were also  many calls about where to get food, after many people’s food ended up spoiling after the hurricane passed.

Taking calls from people who live across the country came with more challenges than just connecting them to the right resources. Although some services were open and available, Carpio said, sometimes callers would inform them that there was no way to get there anymore because of flooding, or transportation to get anywhere was out of the question. 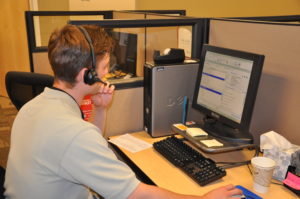 Although Utah 211 has helped with other crisis situations across the country in the past, Wood said Hurricane Florence was one of the most intensive assists they’ve been part of recently. The team took home many lessons to help evaluate its process when dealing with disasters in the future as well as a greater understanding about what helping others during a disaster means and looks like.

“I had this idea that the disaster was the disaster. But it’s not just getting through the disaster,” said Boo Reiser, partnership manager for Utah 211. “The disaster is what the hurricane does and then what happens after it leaves. The hard part is the recovery and that is where the real disaster management comes in.”