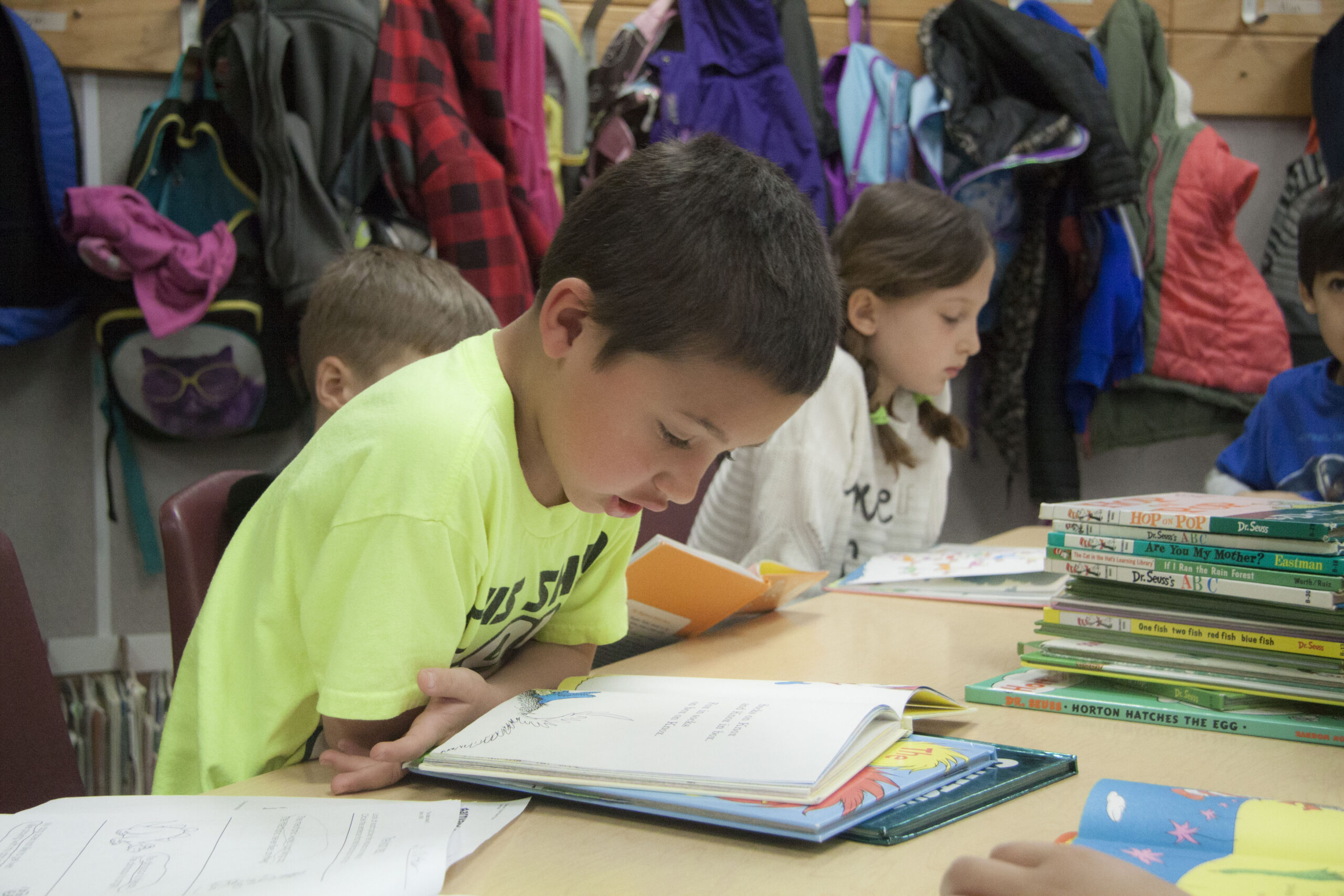 When Oquirrh Hills Elementary School in Kearns, Utah added a literacy block to its summer learning program in 2014, no one thought it would eventually spark a cross-district effort to prevent summer learning loss and improve literacy.

The 90-minute reading section, which focuses on phonics, vocabulary, and comprehension, quickly caught the attention of the Elementary Reading Network (ERN) — a United Way of Salt Lake-facilitated group of education, city, government, and nonprofit leaders focused on improving reading proficiency. They decided to scale the literacy block to other summer learning programs in partnering schools.

Such partnerships have become key components of UWSL’s work with the Campaign for Grade-Level Reading (GLR) and a core reason why our organization has received the campaign’s Pacesetter Award for several years running. The national campaign works in more than 300 communities across the country with a goal of getting all students, particularly those from low-income families, reading at grade level by the end of third grade — a strong indicator of high school completion and college acceptance.

On a recent trip to Salt Lake City, Ralph Smith, managing director of the Campaign for GLR, said that UWSL’s work addressing barriers to student success in reading is some of the most innovative across the entire campaign.

“What sets (UWSL) apart from others is its understanding of how to coordinate work across the community, its focus on data to assure accountability and its ability to identify sustainability issues that its work may face,” he said.

Growth of the program

Following Oquirrh Hills’ success in 2014 and 2015, the ERN expanded the reading block to six other sites within Granite School District in 2016. It then grew to 13 sites across three school districts — adding Canyons and Davis school districts — in 2017.

The group’s ability to identify a practice that could be applied across several sites helped align resources and streamline processes, which made implementation more effective.

Investing and expanding well-rounded summer learning programs is one of the campaign’s key strategies for achieving third grade reading proficiency. The hope is for such opportunities to transcend the punitive or remedial models formally associated with summer school and become an integral component for student, school and district success.

United Way of Salt Lake’s focus on systemic change lends itself well to further developing its current summer slide initiatives, Smith said, and will allow for an evolution in the way summer learning opportunities are viewed by the community.

The ERN’s summer slide initiative faces an obstacle that is common to participating schools during the school year: absenteeism.

During the school year, about 14 percent of kindergarten through third grade students in Granite School District are chronically absent — a pattern that bled into the summer programs as well.  Since the number of days attended directly impacts the student’s success, increasing attendance will be a primary focus for the ERN in the future.

For members of the ERN, it wasn’t enough to simply expand the reach of the summer learning program. Another essential component was to bring effective teaching and learning strategies to students and teachers during the school year.

Promise South Salt Lake (Promise SSL), a part of the City of South Salt Lake, is doing just that by incorporating the dyad reading strategy into instruction. Dyad is a partner reading technique where two students — one at a lower-level reading level and one at a higher-level — share one book and read it together aloud.

The progress made by participating students outpaced their non-participating peers by more than two times in eight months, according to results from a pilot program at Sand Springs Elementary in Davis School District. The program was tested in five classrooms with 116 students and compared to group of one classroom of 26 students who didn’t use the program.

The strategy requires little to no financial cost from the school or district and little added work for the teacher. As of January 2018, the ERN has enabled a number of afterschool coordinators in South Salt Lake to use dyad reading based on the recommendation of the Utah State Board of Education (USBE).

The next steps to expand the strategy are to not only extend its reach to all afterschool programs, but also move toward dyad reading being used in the classroom during the school year.

Let us help you design your Corporate Social Responsibility plan. We will work with your team to find opportunities for you to support our community in meaningful ways that align with your business goals. Fill out the form below to get started.