Making an Impact from the Boardroom to the Classroom — United Way Salt Lake
Does your family need assistance? 2-1-1 is here to help. Click here to contact us. 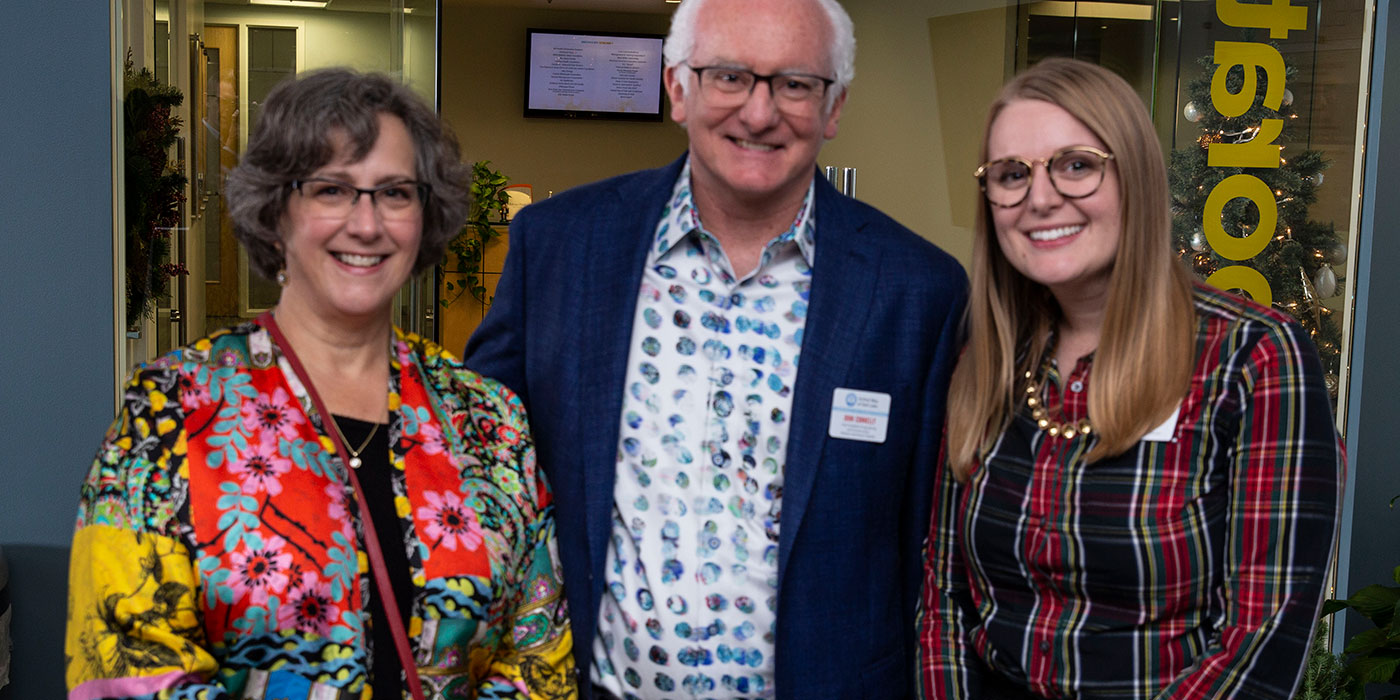 Making an Impact from the Boardroom to the Classroom

John Connelly always had an aptitude for and an interest in math. It’s one of the reasons the Vice President of Engineering and Construction at Williams pursued engineering in the first place.

But through his work with United Way, both here in Salt Lake City and in Tulsa, Oklahoma, Connelly saw firsthand that the spark for math and its real-world applications didn’t come so easy for some students. And for many, it was due to circumstances out of their control.

“One of the things that (United Way of Salt Lake) talks about is ‘we want people to be successful regardless of their zip code’ and I think that’s a real issue in the city and in the country,” said Connelly, who is also a member of UWSL’s Board of Directors. “People in certain zip codes have certain built-in advantages but everybody should have the same opportunity for success.”

So to do his part, Connelly decided to become a math volunteer with high school students at Cottonwood High School this fall. On the school’s B schedule, he helps students with their math assignments during a credit recovery class.

And in his first semester at Cottonwood, Connelly has already made a huge impression on not just the students he works with, but the teachers as well. Susan Dyer, a teacher at Cottonwood, said Connelly’s contributions to her directed math studies class have helped students relate to life beyond high school.

“In a (recent class), I asked him to do the starter at the beginning of the period, to take advantage of his real life math skills. He explained graphing basics to the students, then talked with them about how graphing is used by his company in the real world, to analyze the projects they are involved in,” she said. “His explanation was brilliant! It made it clear to the students (and to me!) why graphs are important to companies in analyzing data and for decision-making.”

Despite only volunteering at Cottonwood for a short time, Connelly said his experience has reinforced his passion for getting involved in the community. His experience at Cottonwood, as well as being involved on UWSL’s Board of Directors, has given him a better and broader perspective on why making an impact, however you can, makes a difference in people’s lives. 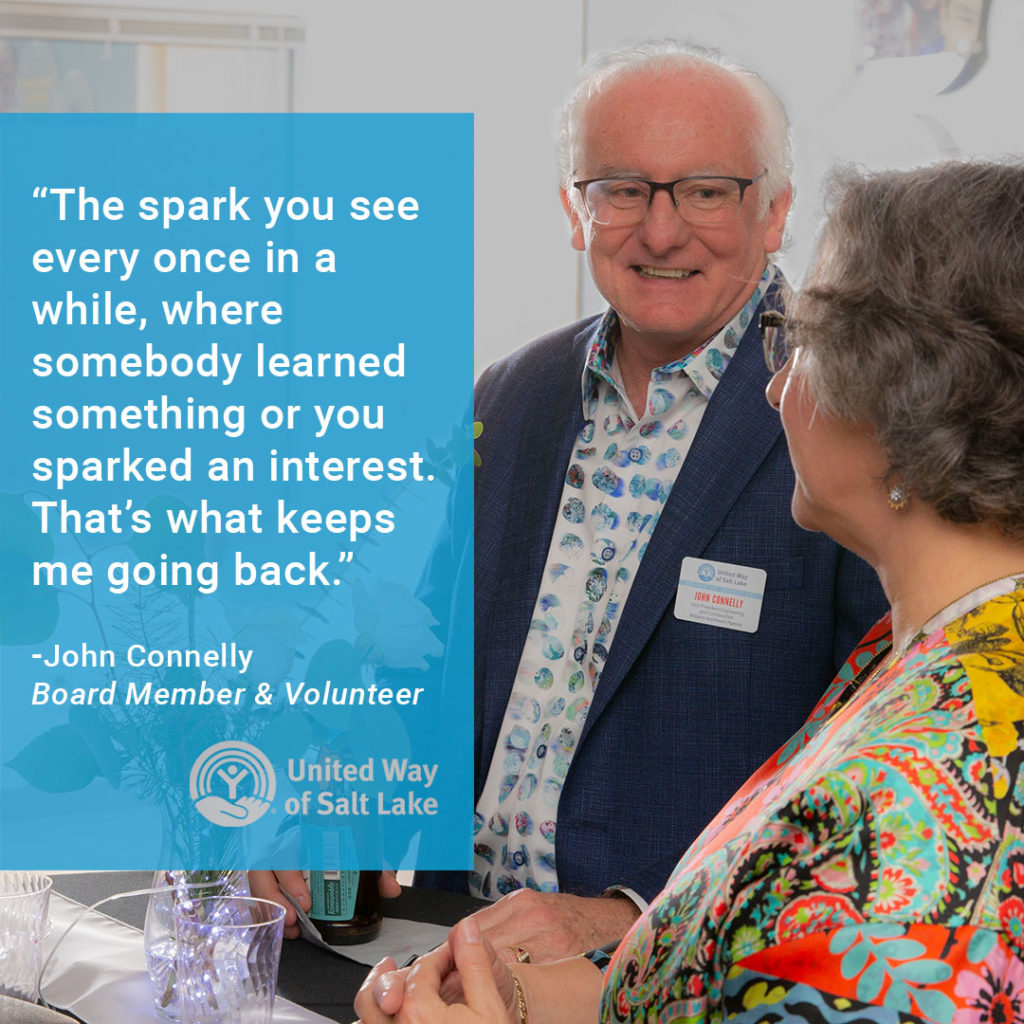 Long-term volunteers, like Connelly, make a huge difference in the community and have a bigger impact on the students theywork with.

“(They) are able to understand the students and school in a way that allows them to go beyond traditional tutoring,” said Sarah Schafer, Cottonwood’s community school director. “They become a part of our community and we appreciate them immensely.”

From the jump, Connelly realized he made the right choice in volunteering at Cottonwood High. Even though he’s only there for about 90 minutes at a time, seeing students grasp concepts that’d stumped them previously is special.

“When I’m helping the students, you can tell there’s a spark where you see they understand it,” he explained. “It’s just a brief moment where you helped them with a problem and they got through it… that’s what keeps me going back.”

Learn how you can get involved with United Way of Salt Lake at uw.org/get-involved.