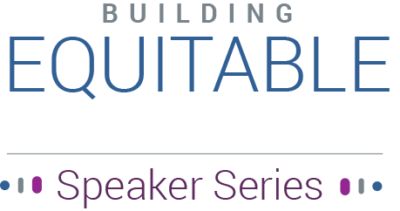 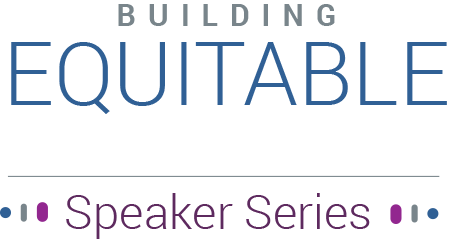 This year’s three-part Speaker Series includes former Deputy Secretary of the US Department of Education, Jim Shelton joined us in March, systems change leader Hugh Vasquez will join us on August 11, and author Anand Giridharadas will join us on October 27. Each will share their ideas for working together in challenging systems of exclusion, marginalization, and oppression.

Join us for three candid and focused discussions led by Bill Crim, President and CEO of United Way of Salt Lake, each followed by an audience Q&A. The in-person events will be preceded by meet and greet receptions where community members can connect with Hugh Vasquez and Anand Giridharadas before the discussions.

March 11, 2021 | Jim Shelton
Power of Place
Thank you for joining us!
Listen to the Audio Recording >

*Event subject to be virtual, based on COVID-19 protocols.

Jim Shelton is the Chief Impact and Investment Officer at Blue Meridian Partners, a philanthropic vehicle to identify and scale solutions to the problems trapping youth and their families in poverty. He also serves as a Senior Advisor to KKR and is a nonresident Fellow at the Brookings Institute. Jim was the co-founder of Amandla Enterprises and the former Deputy Secretary of Education and founding Executive Director of My Brother’s Keeper under President Barack Obama.

Jim has worked in business, government, and the non-profit sectors as an operator, investor, and entrepreneur. In these roles, he has utilized management, policy, and programmatic innovations to increase access to opportunity. He holds a bachelor's degree in computer science from Morehouse College and master’s degrees in both business administration and education from Stanford University. He’ll be joining us to share his thoughts on The Power of Place.

Currently, he lives in his hometown - Washington, DC - with his wife and two sons.

Hugh Vasquez is one of the country's top equity and diversity educators and a consultant to campuses and organizations working towards creating healthy multicultural environments. In the past 20 plus years, Vasquez has worked with hundreds of organizations and schools who want to take on the challenges of eliminating the social conditions that produce racism, sexism, classism, homophobia and the like. He has been in, advised, or directed several films including “The Color of Fear,” “Skin Deep,” “It’s Elementary” and “New Bridges.” He has also co-authored the books No Boundaries: Unlearning Oppression and Building Multicultural Alliances and Making Allies, Making Friends: A Curriculum For Middle Schools, and is a contributing author of the book Psychotherapy with Women: Exploring Diverse Contexts and Identities. Currently, Vasquez is a Senior Associate at the National Equity Project, a partner with the Center for Diversity Leadership and founder and former Director of TODOS Institute in Oakland, CA.

Anand Giridharadas is the author of the New York Times best seller Winners Take All: The Elite Charade of Changing the World, The True American, and India Calling. He is an editor-at-large for TIME, an on-air political analyst for MSNBC, and the author of the newsletter The.Ink. He was a foreign correspondent and columnist for The New York Times from 2005 to 2016, and has also written for The Atlantic, The New Yorker, and The New Republic. He is a former McKinsey analyst, an Aspen Institute fellow, a visiting scholar at the Arthur L. Carter Journalism Institute at New York University, and has spoken on the main stage of TED. He appears regularly on TV and the radio in the United States and globally, including on CNN, MSNBC, NPR, “Morning Joe,” and “The Daily Show.” He lives in Brooklyn, New York with his wife, Priya Parker, and two children.

The first of our Speaker Series, featuring Jim Shelton, will be held virtually and is free to attend. The second and third will be held at Salt Lake Community College. Purchase a single event ticket for $10 or attend both Hugh Vasquez and Anand Girirdharadas for $30 with the Speaker Series Package.

All virtual events will be live-captioned.

* United Way of Salt Lake is providing a limited number of complimentary tickets for community members as well as discounted tickets for students. Contact us at events@uw.org for more information.